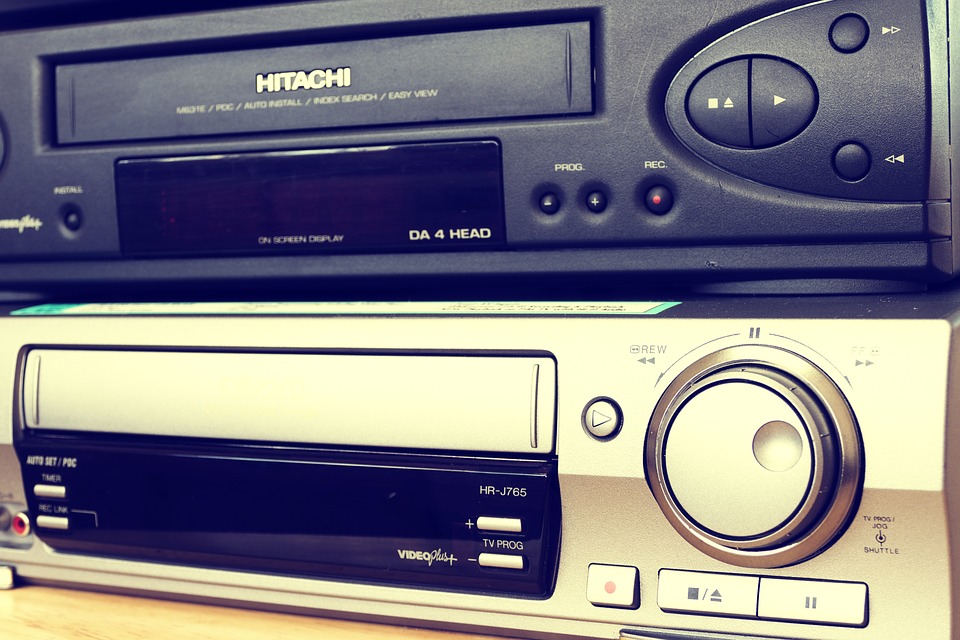 The videocassette recorder, VCR, or video recorder is an electromechanical device that records analog audio and analog video from broadcast television or other source on a removable, magnetic tape videocassette, and can play back the recording.

When they first arrived on the market, they were one of the more exciting inventions in decades.

1956: The first prototype for the videotape recorder was created by Charles Ginsburg and Ray Dolby while working for the Ampex Corporation. This new device was a major development for television broadcasters as it marked the first time in history that shows could be recorded for later broadcasting. Before 1956, all shows that appeared on television were LIVE.

1976: The VHS tape format appeared and began its domination of the market.

1985: The first Blockbuster opened its doors to the public.

The rest is history! While VCRs aren’t widely used any longer, many of us still house some of our oldest and most favorite memories on VHS tapes. If your VCR is currently out of commission and you’d like an expert to take a look at it so that you can continue to relive those memories, contact Zimmerman TV & VCR Repair. No job is too big or too small!

WHY RECYCLE MY ELECTRONICS?